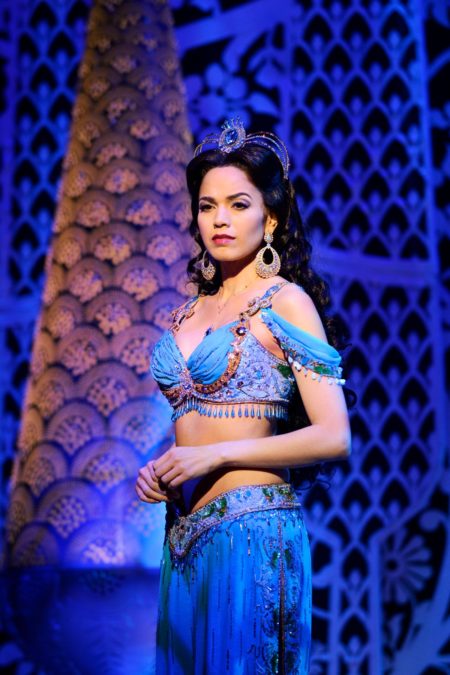 Arielle Jacobs is heading to Broadway to take on the role of Princess Jasmine in Disney's Aladdin beginning on February 20, 2018. Luckily, she's got a diamond in the rough who can show her the ropes: her brother Adam Jacobs, who originated the titular role on Broadway and is currently leading the national tour. Courtney Reed will play her final performance as Princess Jasmine on January 10, 2018. Reed and fellow original and Australian cast member Michael James Scott are set to reunite with Adam Jacobs on the national tour in Los Angeles for five weeks. Isabelle McCalla, current and original Jasmine in the North American tour company, will join the Broadway company as Jasmine for performances beginning on January 17 through February 18 and then return to the North American tour.

Jacobs played the role of Jasmine in the Australian production of Aladdin and was most recently seen on the Great White Way as Nessarose in Wicked. She made her Broadway debut in In the Heights and appeared in the musical on the road; her additional credits include Into the Woods and High School Musical on tour.