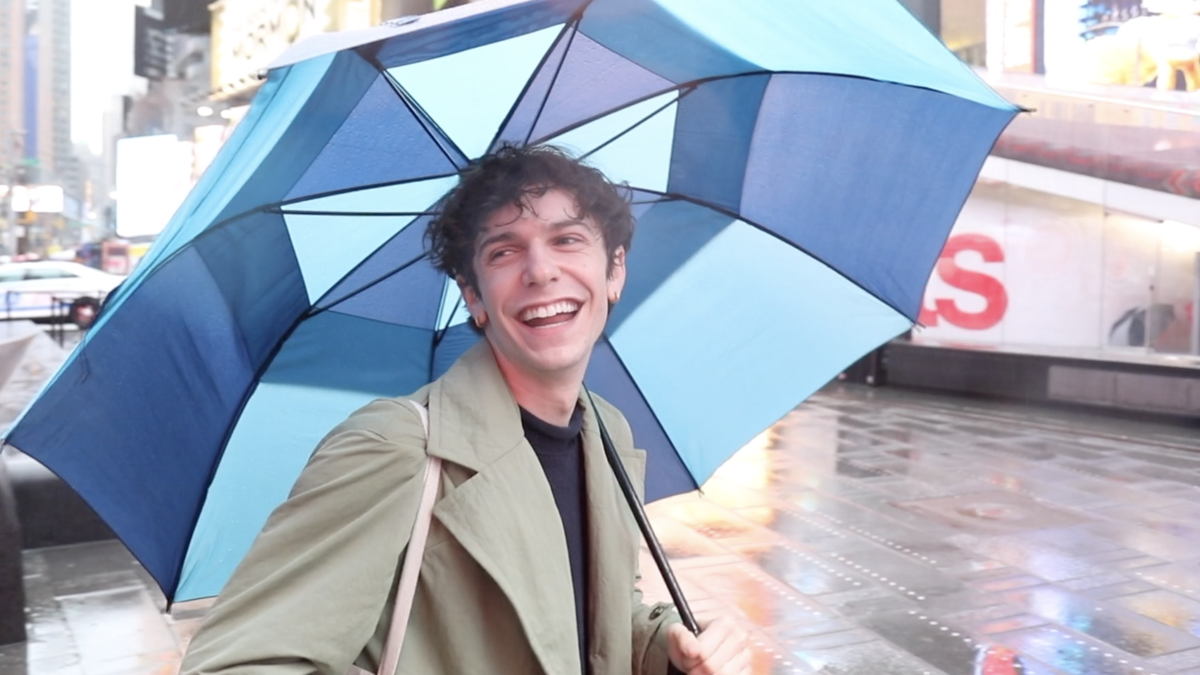 Credits: Ross made his Broadway debut in Dear Evan Hansen as an understudy for Evan, Connor and Jared. In 2018 he led the first national touring production as Evan, and now he’s back on Broadway in the title role.

“I was always doing community theater from a pretty young age. My godmother actually has a children’s theater company, and that’s where I was introduced to theater at the age of six. I come from a very musical family. My sister was an opera singer in college and now she’s now an elementary school music teacher. My parents met as actors in the ’80s. They have a lot of love for the craft so I was really supported. It was the only thing that I could do—the only thing that I was excited and passionate about. It was kind of a no-brainer for me.”

“I joined Dear Evan Hansen in late 2017, oh my God, so long ago. I was a a cover for Evan, Jared, and Conner under Ben Platt when he was still in the show. I left to launch the first national tour in 2018, and I did that for a year with an amazing cast of people. Now I am back on Broadway as Evan Hansen in the year 2022. It’s been so wonderful to come back to the theater where I started. I feel how much I’ve grown as a person.”

“The funny think about tick, tick…BOOM! is I was with everyone on set on the very first day of filming, and then one week later everything shut down. While everyone was sort of sitting around and waiting to hear what was gonna happen with tick, tick…BOOM!, I was sort of pushed into recording music. It was a dream come true to be able to have the time and the space. We didn’t know what we were making at that point, but it ended up being a record, and it ended being what Boychik is now. It just feels like I’ve created a community of people that are really passionate about it. There’s a lot to be grateful for, and I’m excited for the world to see more of it.”