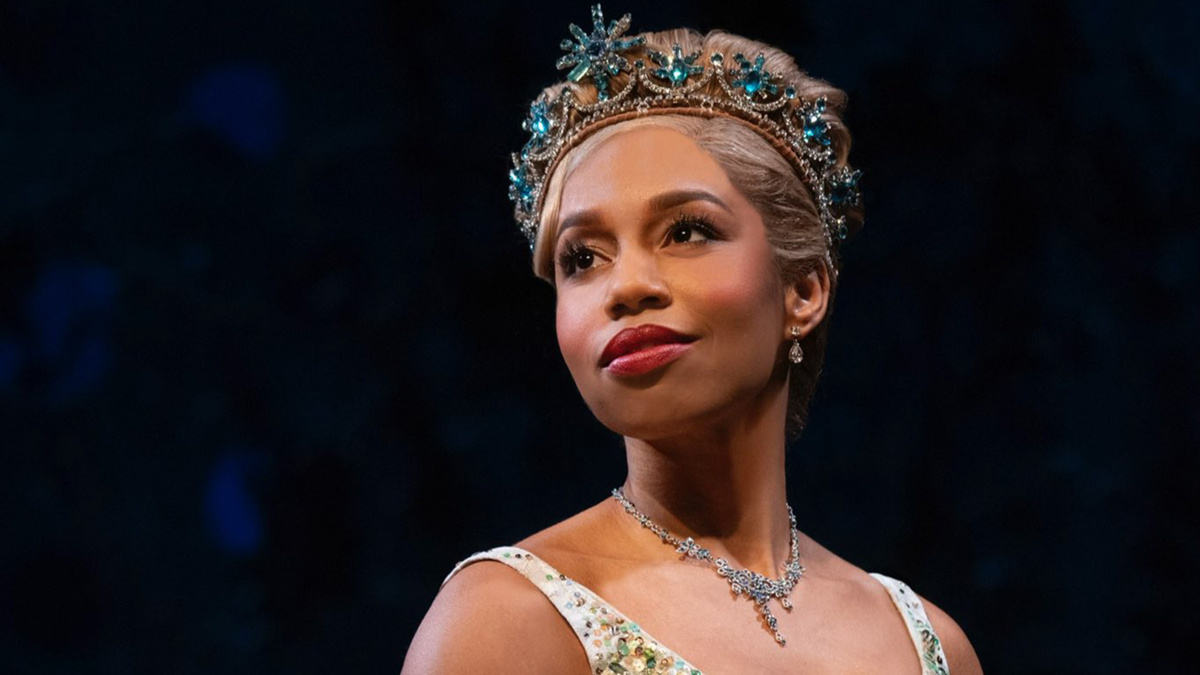 Brittney Johnson is used to making headlines. In 2015, she became the first actor to play both Fantine and Eponine in one day by playing one role during a matinee performance of Les Misérables on Broadway and the other in the evening. In 2019, Johnson was the first the first woman of color to play Glinda in Wicked on Broadway when she went on as an understudy. Now Johnson is the first Black actress to take on the role of Glinda full-time. Here, she talks about her love for Audra McDonald, “blazing a new path” and more.

Johnson, who grew up in Maryland, wasn’t surrounded by musical theater. Although she enjoyed singing, it took her first trip to New York City for her to realize what is possible. “My first show on Broadway was 110 In the Shade with Audra McDonald,” she said. “I had never seen someone that looked like me just play a regular person and sing like a complete angel. Seeing her do that, at least subconsciously, did something to me. It showed me that there was a place for me.”

With 18 years of Glindas behind her, Johnson feels she is creating the stepping stones for those who follow in her footsteps. “I’m blazing a new path,” she said of her history-making turn. “I’m excited to be able to do that. I’m excited to know that there are people that I can lean on. Audra if you’re listening, can I call you? I do have those people, but this feels like a very different moment. It’s something that you can’t really dream of until it happens. Now that it’s happened, I do hope that it’s something that other people get to dream now.”

When Johnson first floated down to the stage in Glinda’s bubble on her opening night, she was met with thunderous applause and standing ovations. “I knew that if I clicked even for a moment into Brittney that I’d probably erupt into tears,” she said. “It’s about remembering that moment for Brittney the person, but also remaining true to Glinda in that moment. Really all I was thinking about was get through, get through it, get through this show. Now today, I feel a lot more relaxed and excited to play.”

Watch the interview below, and head here to check your local listings for The Broadway Show. Hosted by Emmy-winning anchor Tamsen Fadal, it is the only nationally syndicated weekly theater news program.