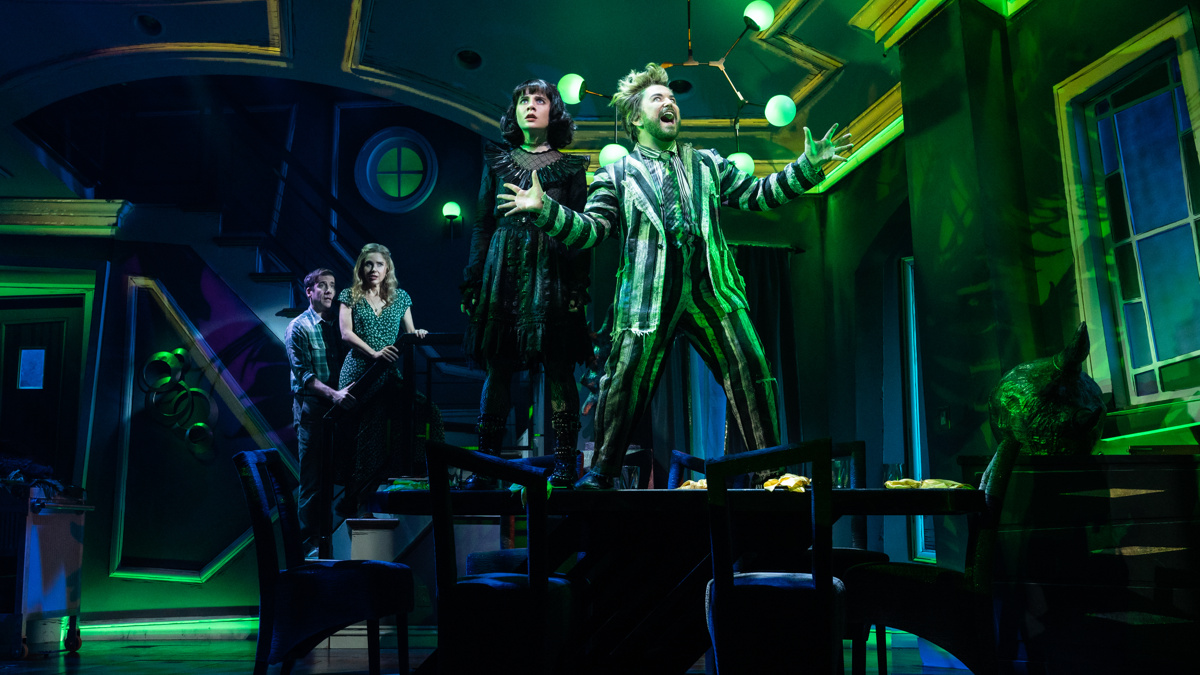 The return engagement of Beetlejuice is giving up the ghost. The musical will play its final performance at Broadway’s Marquis Theatre on January 8, 2023. It performances at the venue on April 8, after its original run at the Winter Garden Theatre, which lasted from March 28, 2019 to March 11, 2020 due to the Broadway shutdown. At the time of its. closing in January, this staging of Beetlejuice will have played 313 regular performances.

The touring production will launch on December 6 at San Francisco’s Golden Gate Theatre and visit more than 26 cities in its first year. Casting for the tour is to be announced.

The musical, based on the 1988 Tim Burton film of the same name, is directed by Alex Timbers and features an original score by Eddie Perfect and a book by Scott Brown and Anthony King. Beetlejuice received eight 2019 Tony Award nominations, including one for Best Musical.