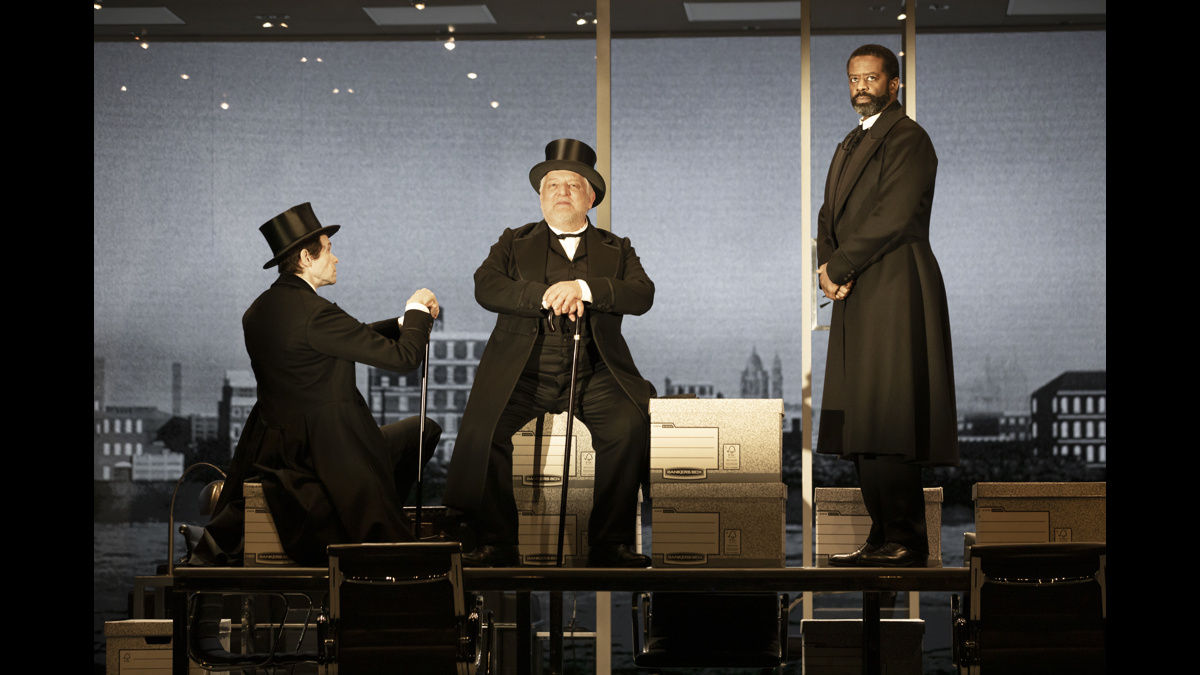 More info has been revealed regarding The Lehman Trilogy‘s previously announced West End return. The Tony-winning play is scheduled to run at the Gillian Lynne Theatre from January 24, 2023 with opening night set for February 8. Casting will be announced later.

Adapted by Ben Power from Stefano Massini’s work, The Lehman Trilogy weaves through nearly two centuries of Lehman lineage, following the brothers Mayer, Emanuel and Henry Lehman from their 1844 arrival in New York City to the 2008 collapse of the financial firm bearing their name.

The world premiere of Massini’s The Lehman Trilogy opened at the Piccolo Teatro in Milan in 2015. Power was commissioned by Neal Street Productions to create a new version of the play, using an English translation by Mirella Cheeseman. This production opened at the National Theatre in July 2018 before its North American premiere at the Park Avenue Armory in April 2019. The Lehman Trilogy subsequently played a 16-week West End engagement at the Piccadilly Theatre in May 2019. The show went on to run at the Nederlander Theatre on Broadway from September 2021 through January 2022. Following its Broadway run, The Lehman Trilogy transferred to the Center Theatre Group’s Ahmanson Theatre in Los Angeles from March through April 2022.

The Lehman Trilogy features costume design by Katrina Lindsay, video design by Luke Halls, and lighting design by Jon Clark. The composer and sound designer is Nick Powell, the co-sound designer is Dominic Bilkey with music direction by Candida Caldicot and movement by Polly Bennett. The West End director is Zoé Ford Burnett.

The play is being adapted into a television series by Italy’s Fandango. Playwright Massini is overseeing the adaptation.