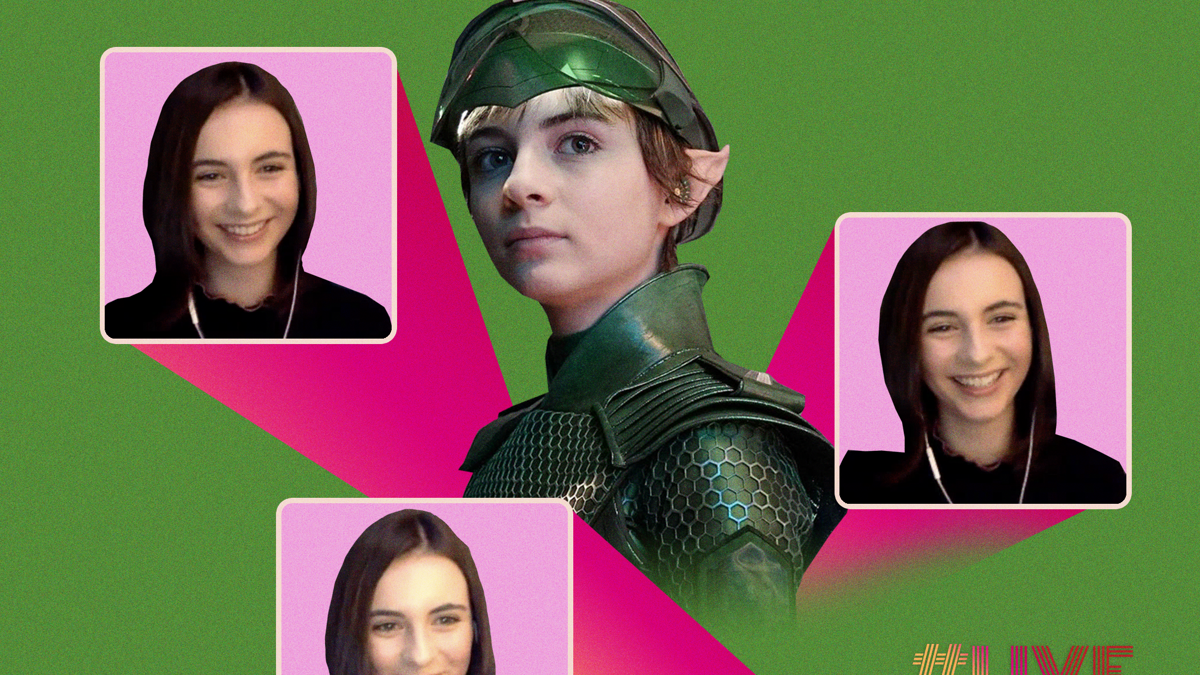 Theater fans may know Lara McDonnell as being one of the several young performers to take on the title role of the long-running Matilda in the West End. Now, the young actress is starring in Disney’s recently released Artemis Fowl. McDonnell appeared on Broadway.com’s #LiveatFive: Home Edition to share what it was like bringing the acclaimed children’s book series to life, working with Josh Gad and more.

Originally set to have a theatrical release on May 29, 2020, Artemis Fowl was instead released on the streaming service Disney+ on June 12 due to the COVID-19 pandemic. Although it wasn’t the red carpet premiere McDonnell was dreaming of, it was still a night she’ll never forget. “My family were so lovely. They made quite a big affair of it,” she said to Broadway.com’s Paul Wontorek. “We all dressed up and sat down to watch the film together. The next night my younger brother and sister wanted to watch it again, so we did. The next night they wanted to watch it again, so we watched it again and the following night when they wanted to watch it again I said, ‘This is narcissistic at this point. I can’t do this any more.’ My family are very big fans.”

Based on the popular book series by Eoin Colfer, McDonnell already knew a lot about her character, Holly Short ,before joining the film. “When my agent first contacted me about the audition I looked over to my bookshelf where all eight Artemis Fowl books are sitting, and I immediately knew the character I was going to be auditioning for,” she said. “She was a character I had grown up with—I absolutely loved Holly. She was such a role model to me so to get the opportunity to just audition for her was such an amazing experience, and then to get to actually play her was an absolute privilege.”

Age 14 at the time of filming, McDonnell got to work with big stars, including Judi Dench, Josh Gad, Colin Farrell and acclaimed director/actor Kenneth Branagh. “I think for anybody in any circumstance, no matter what age you are, it is a very surreal experience to be not only working on a Disney film, but to be working with such an incredible cast and crew,” she said. “I look back and it’s still very much a dreamlike experience. I got to learn so many new things in the realm of special effects. I’d never worked with special effects before and it was so cool to see what the green screen that I was playing with turned into for final product. I also got to learn how to fly, which is not something many 16-year-old girls get to say.”

Before playing an 84-year-old elf on screen, McDonnell was bringing the small but mighty Matilda Wormwood to life in the West End production of Matilda. “I never felt any kind of intense pressure or was ever worried or stressed or anything during the time. I had the most fun ever,” McDonnell said. “My dream since as long as I can remember was to be on Broadway. I don’t think there’s enough years in my lifetime to do all the dream roles I want to do. I’ve always wanted to play Eliza Doolittle in My Fair Lady. I’m definitely spending quarantine singing and getting more obsessed with musicals.”