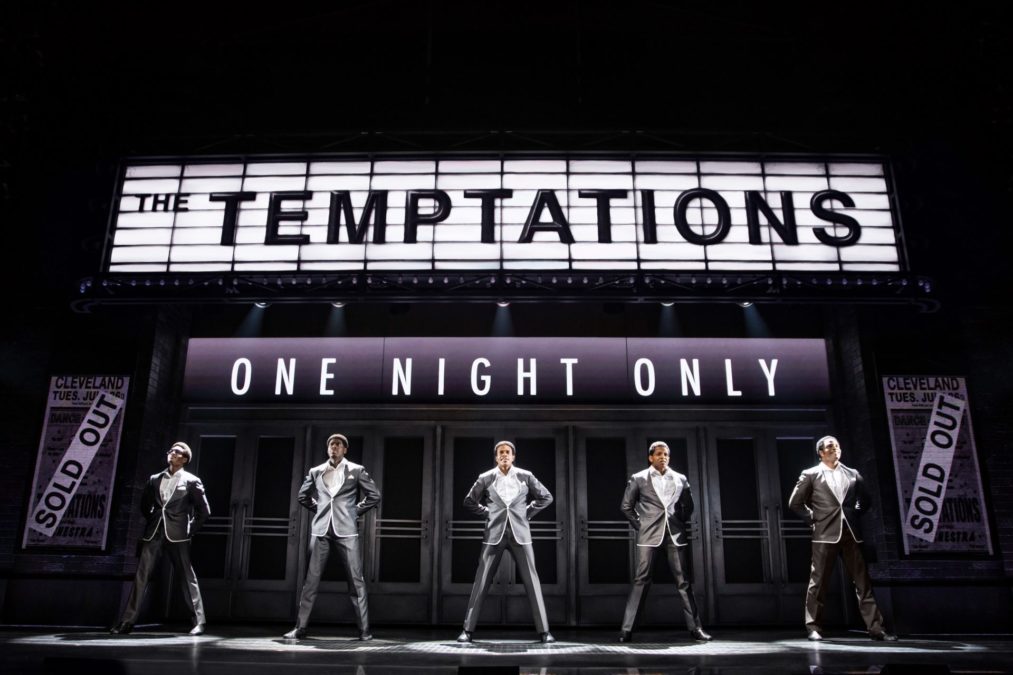 Madison’s 2020-21 Season Will Feature Broadway’s Ain’t Too Proud – The Life And Times Of The Temptations, plus Oklahoma!, The Prom & More

The biggest hits on Broadway are headed to Madison as part of the just-announced Broadway at Overture 2020/2021 subscription series at the Overture Center for the Arts.

Learn more about all of the exciting Broadway shows headed to Madison below:

Direct from Broadway, Mean Girls is the hilarious hit musical from an award-winning creative team, including book writer Tina Fey (30 Rock), composer Jeff Richmond (Unbreakable Kimmy Schmidt), lyricist Nell Benjamin (Legally Blonde) and director Casey Nicholaw (The Book of Mormon). Cady Heron may have grown up on an African savanna, but nothing prepared her for the vicious ways of her strange new home: suburban Illinois. Soon, this naïve newbie falls prey to a trio of lionized frenemies led by the charming but ruthless Regina George. But when Cady devises a plan to end Regina’s reign, she learns the hard way that you can’t cross a Queen Bee without getting stung. New York Magazine cheers, “Mean Girls delivers with immense energy, a wicked sense of humor and joyful inside-jokery.” USA Today says, “We’ll let you in on a little secret, because we’re such good friends: Get your tickets now!”

Set in the legendary city during the roaring “jazz hot” 20s, CHICAGO tells the story of two rival vaudevillian murderesses locked up in Cook County Jail. Nightclub star Velma’s serving time for killing her husband and sister after finding the two in bed together. Driven chorus girl Roxie’s been tossed in the joint for bumping off the lover she’s been cheating on her husband with. Not one to rest on her laurels, Velma enlists the help of prison matron Mama Morton and slickster lawyer Billy Flynn, who turn Velma’s incarceration into a murder-of-the-week media frenzy, thus preparing the world for a splashy showbiz comeback. But Roxie’s got some of her own tricks up her sleeve…

Over 75 years after Rodgers & Hammerstein reinvented the American musical, this is Oklahoma! as you’ve never seen or heard it before—reimagined for the 21st century. Stripped down to reveal the darker psychological truths at its core, Daniel Fish’s production tells a story of a community circling its wagons against an outsider, and the frontier life that shaped America. Upending the sunny romance of a farmer and a cowpoke, this Oklahoma! allows the classic musical—and our country—to be seen in a whole new light. Funny and sexy, dark and jolting, “this is the Oklahoma! that was there all along” (New York Magazine). The Daily Beast says, “Forget your traditional idea of Oklahoma! Daniel Fish’s daring, brilliant, utterly absorbing re-interpretation is dark and different—brilliantly so.”

A lively stage adaptation of the Academy Award-winning 1994 Disney film, THE LION KING  is the story of a young lion prince living in the flourishing African Pride Lands. Born into the royal family, precocious cub Simba spends his days exploring the sprawling savanna grasslands and idolizing his kingly father, Mufasa, while youthfully shirking the responsibility his position in life requires. When an unthinkable tragedy, orchestrated by Simba’s wicked uncle, Scar, takes his father’s life, Simba flees the Pride Lands, leaving his loss and the life he knew behind. Eventually companioned by two hilarious and unlikely friends, Simba starts anew. But when weight of responsibility and a desperate plea from the now ravaged Pride Lands come to find the adult prince, Simba must take on a formidable enemy, and fulfill his destiny to be king. A vibrant and exciting tale from the great creatives at Disney, THE LION KING is a story of love and redemption that nobody should miss.

Everyone’s invited to the joyous Broadway hit that New York Magazine hails as “smart and big-hearted,” while The New York Times declares it “makes you believe in musical comedy again!” The Prom is a new musical comedy about big Broadway stars, a small town, and a love that unites them all. Variety raves, “It’s so full of happiness that you think your heart is about to burst.” And The Hollywood Reporter cheers, “It’s comic gold!” The Prom features direction and choreography by Tony Award winner Casey Nicholaw (Mean Girls, The Book of Mormon), a book by Tony Award winner Bob Martin (The Drowsy Chaperone) and Tony Award nominee Chad Beguelin (Aladdin), music by Tony Award nominee Matthew Sklar (Elf), and lyrics by Beguelin. You belong at The Prom!

A letter that was never meant to be seen, a lie that was never meant to be told, a life he never dreamed he could have. Evan Hansen is about to get the one thing he’s always wanted: a chance to finally fit in. Dear Evan Hansen is the deeply personal and profoundly contemporary musical about life and the way we live it. Dear Evan Hansen has struck a remarkable chord with audiences and critics everywhere, including The Washington Post who says Dear Evan Hansen is “one of the most remarkable shows in musical theatre history.” The New York Times calls it “a gut-punching, breathtaking knockout of a musical.” And NBC Nightly News declares the musical “an anthem resonating on Broadway and beyond.” Dear Evan Hansen features a book by Tony Award winner Steven Levenson, a score by Grammy, Tony, and Academy Award winners Benj Pasek and Justin Paul (La La Land, The Greatest Showman), and direction by four-time Tony Award nominee Michael Greif (Rent, Next to Normal).

AIN’T TOO PROUD – THE LIFE AND TIMES OF THE TEMPTATIONS

Ain’t Too Proud is the electrifying, new smash-hit Broadway musical that follows The Temptations’ extraordinary journey from the streets of Detroit to the Rock & Roll Hall of Fame. With their signature dance moves and silky-smooth harmonies, they rose to the top of the charts creating an amazing 42 Top Ten Hits with 14 reaching number one. Nominated for 12 Tony Awards, Ain’t Too Proud tells the thrilling story of brotherhood, family, loyalty, and betrayal, as the group’s personal and political conflicts threatened to tear them apart during a decade of civil unrest in America. The unforgettable story of this legendary quintet is set to the beat of the group’s treasured hits, including “My Girl,” “Just My Imagination,” “Get Ready,” “Papa Was a Rolling Stone” and so many more. Written by three-time Obie Award winner Dominique Morisseau, directed by two-time Tony Award winner Des McAnuff (Jersey Boys) and featuring the Tony-winning choreography of Sergio Trujillo (Jersey Boys, On Your Feet!), Ain’t Too Proud launches their first national tour to over 50 cities across America.

For more information about the series and the benefits of being a subscriber, click here.