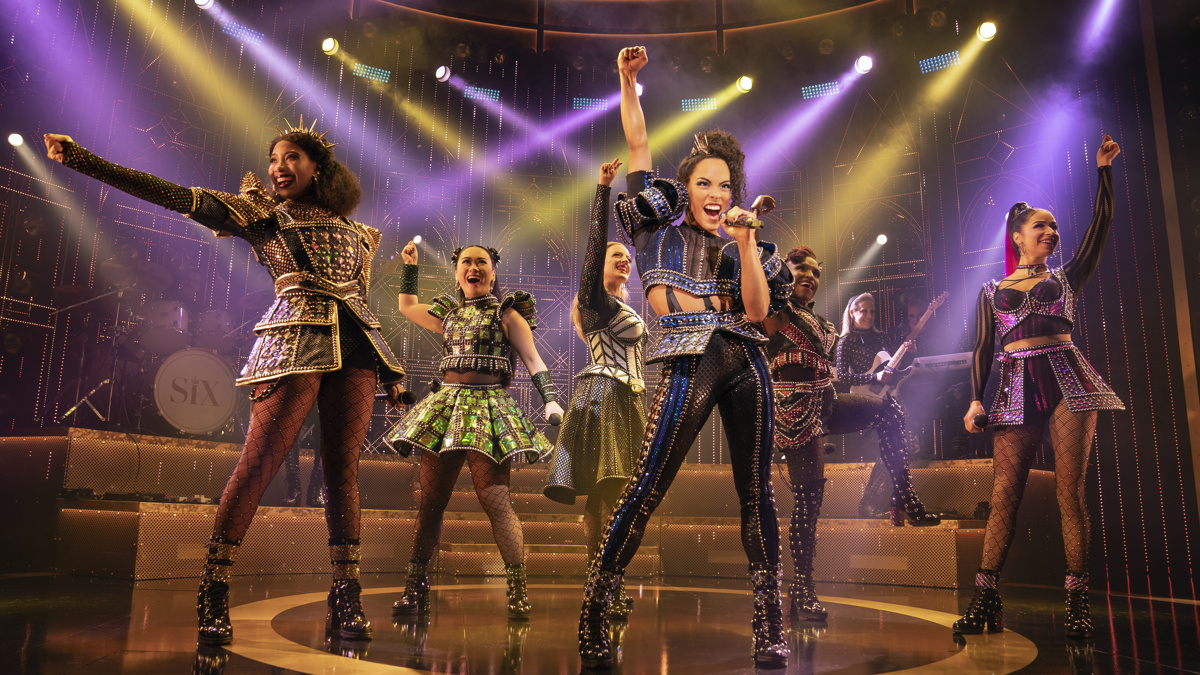 Six, the new musical that had its opening night cut short due to the COVID-19 pandemic, is back on stage and officially opens at Broadway’s Brooks Atkinson on October 3. To celebrate the queendom’s reign, check out these fresh production photos showcasing Adrianna Hicks as Catherine of Aragon, Andrea Macasaet as Anne Boleyn, Abby Mueller as Jane Seymour, Brittney Mack as Anna of Cleves, Samantha Pauly as Katherine Howard and Anna Uzele as Catherine Parr. Written by Toby Marlow and Lucy Moss and directed by Moss and Jamie Armitage, the musical centers on the six ex-wives of King Henry VIII, who headline an electrifying pop-concert spectacle—flipping the narrative of the one-sided story from the history books.