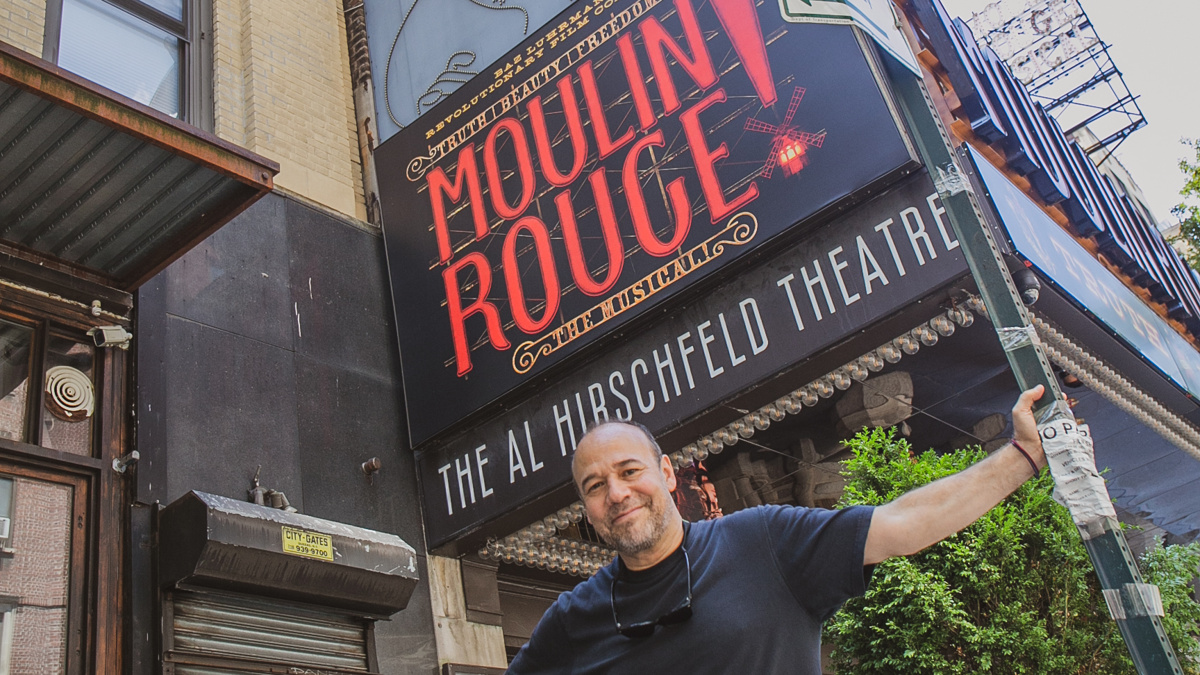 Moulin Rouge! May Be on Pause, But Danny Burstein’s Still Wowing the Crowd

Living near the theater district during the Broadway shutdown, photographer and performer Matthew Stocke has been haunted walking past the empty theater palaces sitting in repose, waiting for the lights and stars to return. In this new Broadway.com photo feature, he reunites members of the theater community with their Broadway home Away From Home. 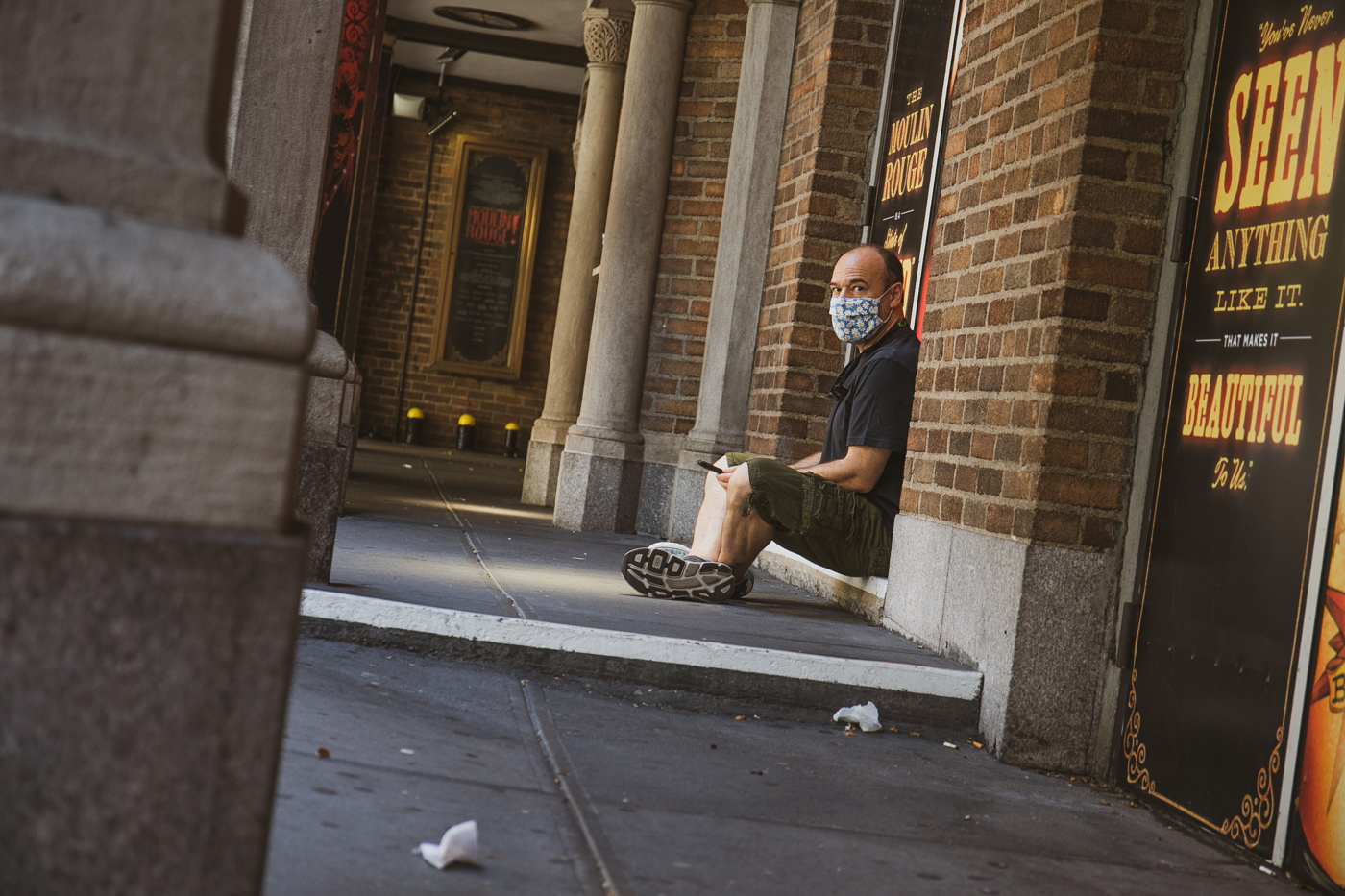 In the resplendent world of Broadway’s Moulin Rouge!, Danny Burstein plays the host with the most, Harold Zidler. With six Tony nominations under his belt, he garnered this year’s Drama League Distinguished Performance Award for his spectacular portrayal of the nightclub’s commanding hype man. In the time since Broadway was shut down in March, Burstein has faced his own harrowing battle with COVID-19 and has been dedicating his time to taking care of his wife, fellow Broadway luminary Rebecca Luker, who was diagnosed with ALS last year. Though he may not be welcoming audiences to Moulin Rouge! eight times a week, he is still a beacon that inspires others to celebrate truth, beauty, freedom and love—even and especially in little ways. Here, he shares what he has learned during this unprecedented time and why being a member of the Broadway community never loses its luster.

“It’s humbling when you feel like you could die. [Battling COVID-19] put a lot of things in perspective: Friendship. Love. Kindness. Decency. Doing the right thing. Letting go of grudges. It makes you refocus. I wasn’t thinking about regrets; I was thinking about all of the love that I was lucky enough to live with and through: my children, my friends, my wife, of course…Being there for my wife has been the most emotionally challenging part of things. The change in her hands has been one of the toughest things, just emotionally for me. We live in hope that one of these trial medications will all of a sudden start to work. We fought very hard to get one funded, and then it was delayed and hopefully will be starting in mid-September. That could be delayed again. We just never know. We keep fighting and hoping that the next step for her will be better… I’m very lucky to be surrounded by so many friends. People just show up or send dinner. Somebody sent us a quilt that they had sewn together. It’s those unexpected things…  I love every single part of the work. I love coming in, high-fiving the doorman and the stage hands and visiting my cast members and the stage management team before the show. In my 18 Broadway shows, no part of it has ever gotten dull for me. It’s still as exciting as it was the first day I walked on a Broadway stage… [The theater] feels like Camelot: at one point, there’s all this greatness that lived in that building, and then everything was silent. It’s eerie and heartbreaking. I know it can happen again and will happen again.” 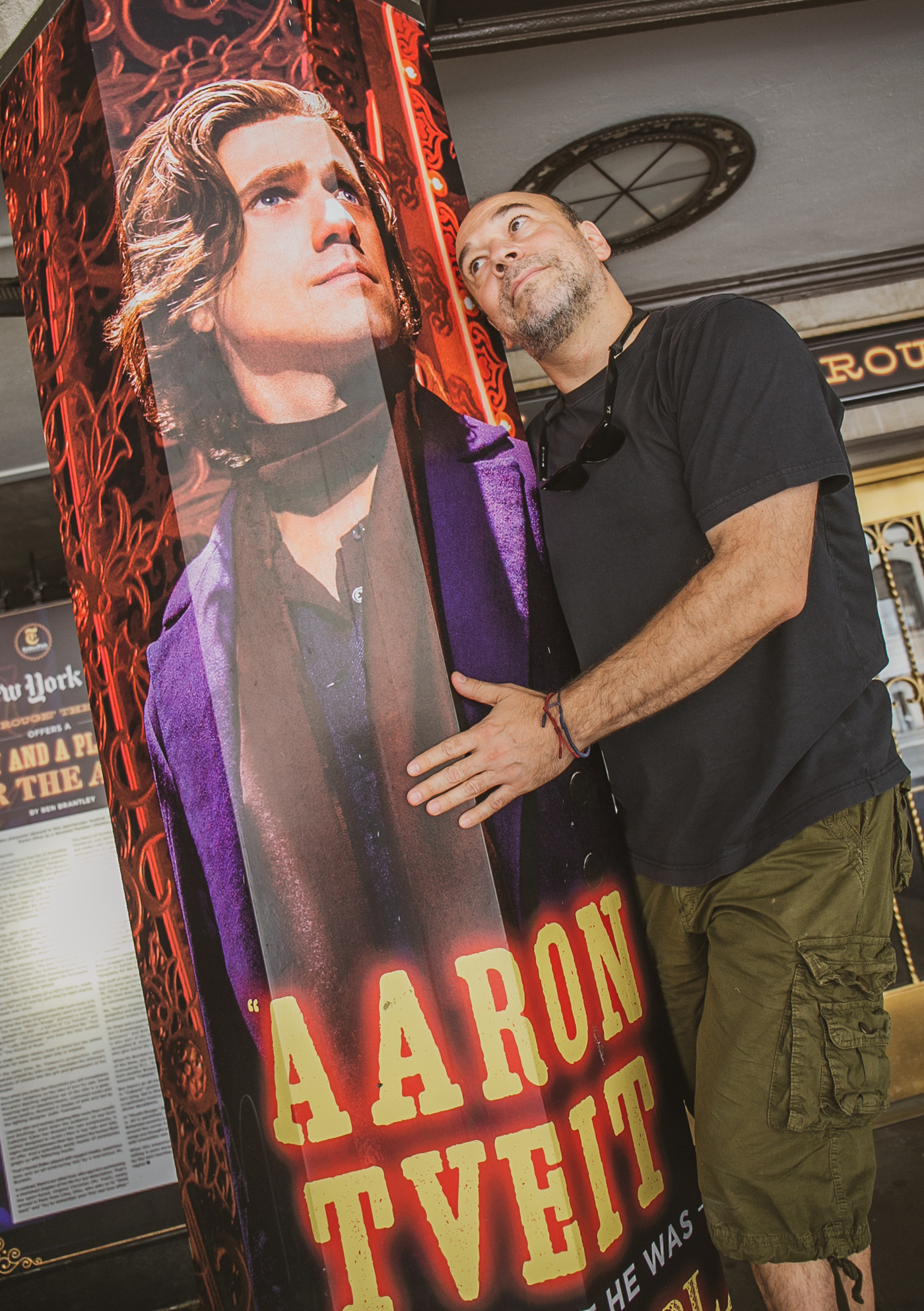 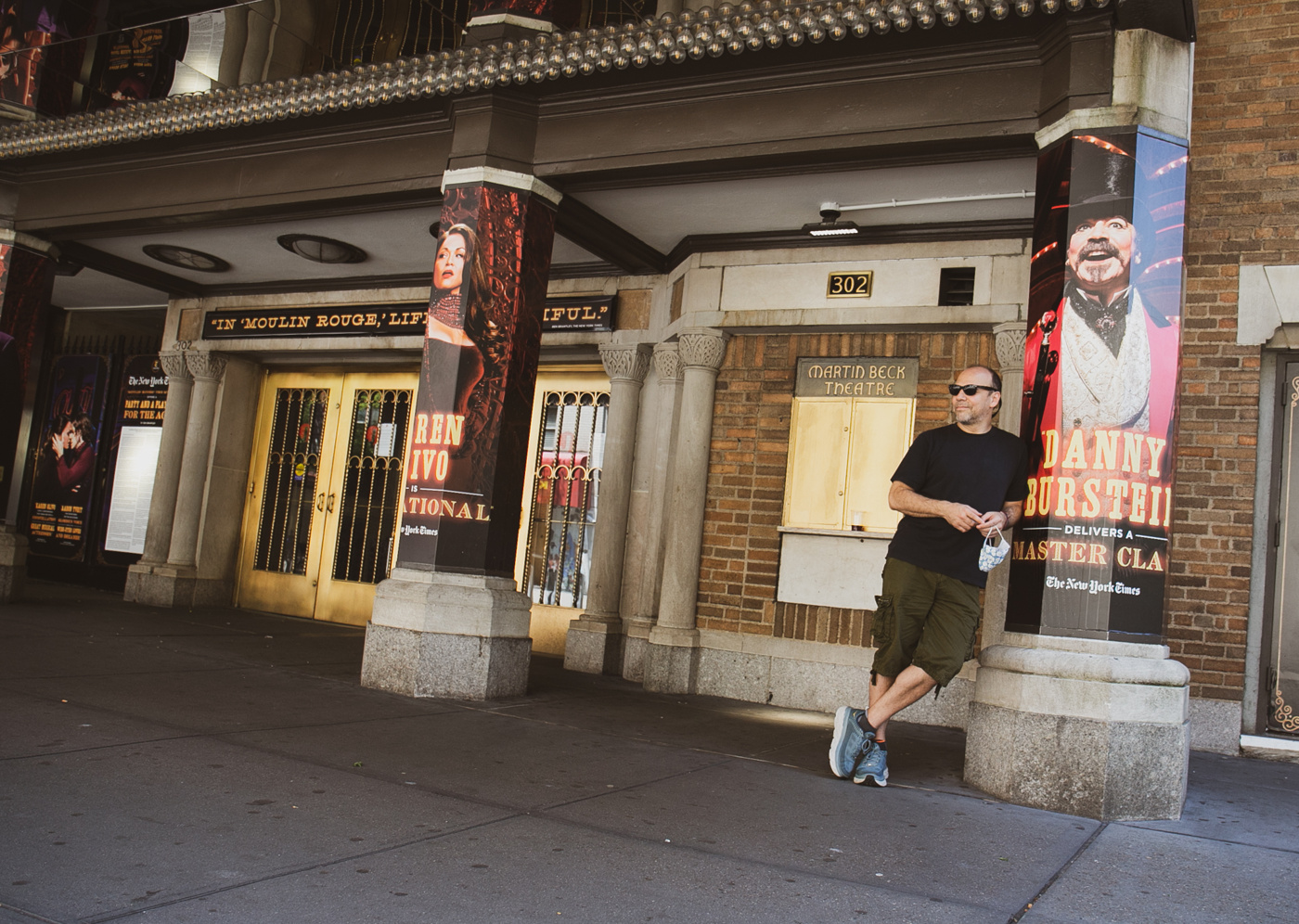