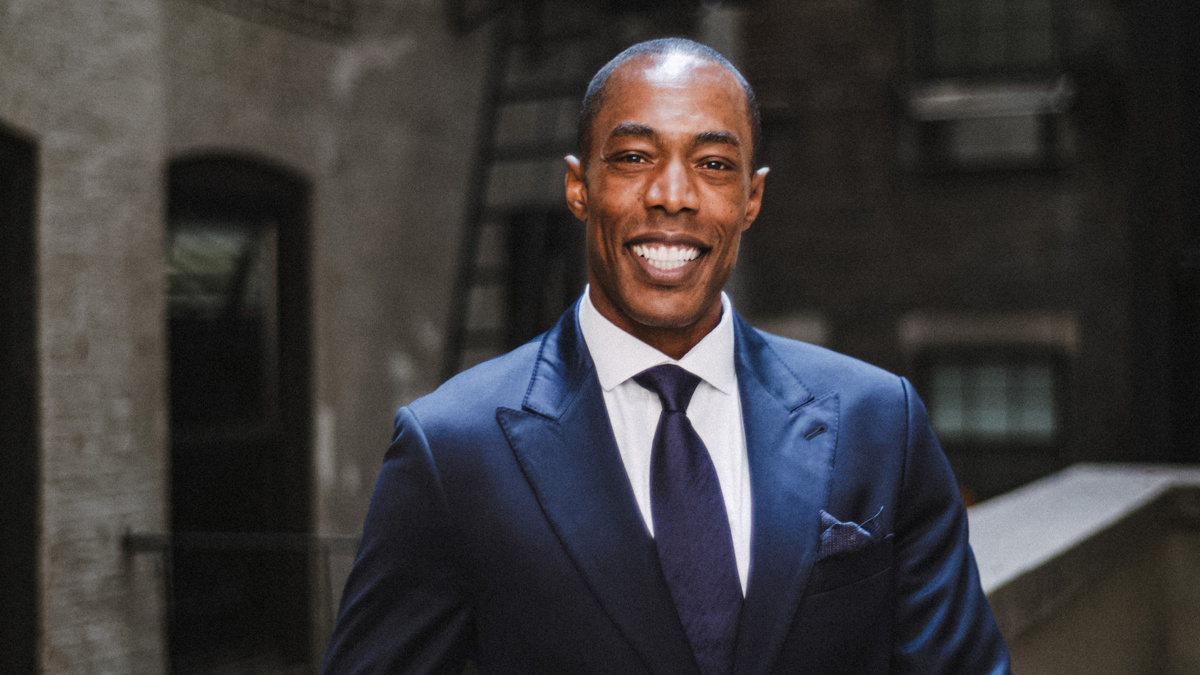 Broadway Inspirational Voices Gets New Leader
After serving as the director of the Tony-winning non-profit choir Broadway Inspirational Voices, the group’s founder Michael McElroy is stepping down. Effective on June 30, McElroy will pass the title to composer/lyricist and producer Allen René Louis, who is currently the Associate Artistic Director and a member of the choir. McElroy established Broadway Inspirational Voices in 1994 in response to the AIDS epidemic. “For 27, Broadway Inspirational Voices has been my heart,” said McElroy. “I do not look at this moment as an ending but a time for new beginnings. I am excited for what the future holds, and I am so thrilled to be leaving BIV in the exceptional hands of my friend Allen. When he joined BIV three years ago, I immediately recognized his talent and drive and have been preparing him to take the artistic reins.” Louis was recently the composer, lyricist, arranger and music director for the inaugural Antonyo Awards.

Shriti Vadera Makes History as New Chair of the RSC
Shriti Vadera has become the first woman and person of color to be appointed the chair of the Royal Shakespeare Company, according to The Guardian. She will begin her term in August, succeeding Nigel Hugill, who is stepping down after holding the role for 10 years. Previously working as a minister in Gordon Brown’s government, Vadera became the chair of Santander UK, the first woman to run a major British bank. Her term ended last year and she recently became chair of Prudential. “I grew up in Uganda and India, in a traditional community where expectations of the development of girls were narrow and strict,” she said in a statement. “I read and imagined Shakespeare before I saw it performed and it opened up a different world, giving me the courage to aspire to possibilities that transformed my life.”

Star-Studded Gossip Girl Reboot Sets Premiere in July on HBO Max
The reboot of the CW hit Gossip Girl will premiere on HBO Max this July. The show’s executive producer Josh Safran announced the news on April 28 on Twitter along with the photo of the cast on the new cover of Cosmopolitan magazine. As previously announced, the reboot will feature several Broadway favorites like Donna Murphy, Laura Benanti, Adam Chanler-Berat, Tavi Gevinson and Jason Gotay. The cast also includes Thomas Doherty, Zion Moreno, Whitney Peak, Eli Brown, Emily Alyn Lind and Johnathan Fernandez. An exact release date is to be announced.

Chicago’s Steppenwolf Theatre Company Announces New Season of Virtual and In-Person Productions
Steppenwolf Theatre Company will welcome audiences back in November prior to unveiling its new venue in February 2022. For the first time, the company’s season lineup features works exclusively by Steppenwolf Ensemble Members: Tracy Letts, Rajiv Joseph, Tina Landau, Tarell Alvin McCraney and Yasen Peyankov. Virtual productions include three one-act plays by Letts, a world premiere by McCraney, directed by fellow ensemble member Amy Morton, and Landau’s The Light Remains. David Cromer’s production of Letts’ Bug will resume in-person performances in November, while Joseph’s King James, about basketball superstar Lebron James, will have a February 2022 engagement. The company’s long-in-development staging of Chekhov’s Seagull is set for April 2022 with Craney’s Choir Boy closing out the season in July 2022. Click here for additional information on casting and venues. Get excited for the company’s return by watching its season trailer below!