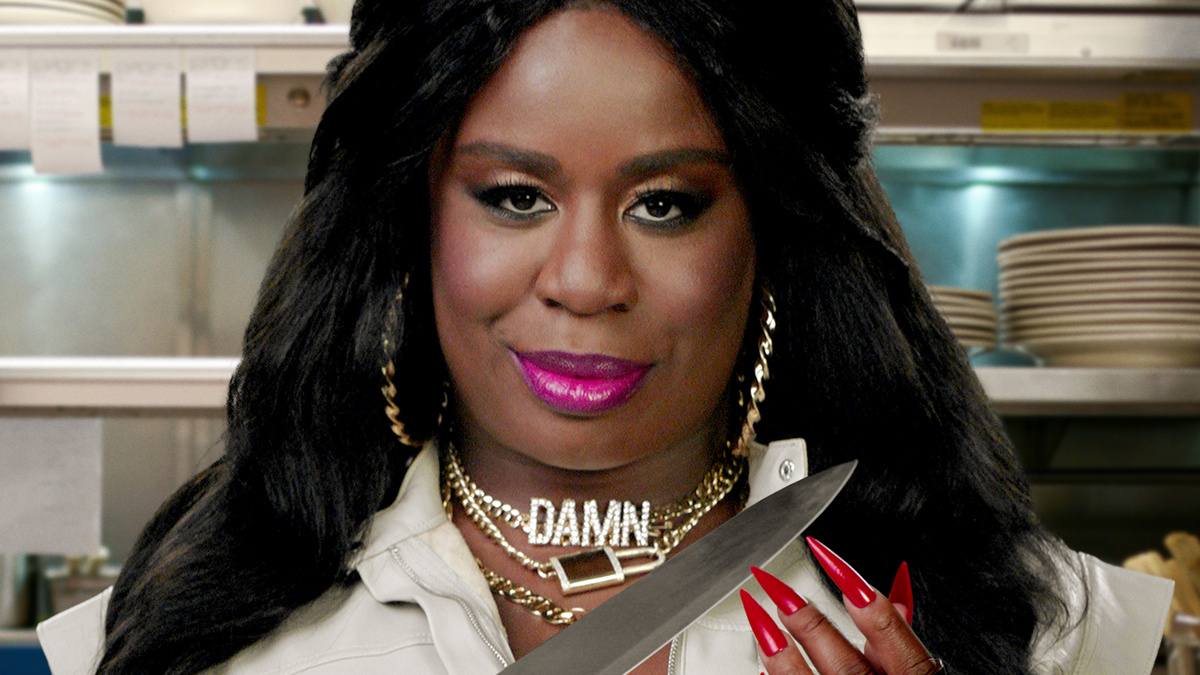 Get a First Look at Uzo Aduba in Clyde’s on Broadway
Here’s a first look at Emmy winner Uzo Aduba as the title character in Lynn Nottage’s new Broadway play Clyde’s. As previously announced, Aduba will star alongside Ron Cephas Jones, Kara Young, Reza Salazar and Edmund Donovan. Directed by Kate Whoriskey, Clyde’s centers on the formerly incarcerated kitchen staff of a truck-stop sandwich shop. They are offered a shot at reclaiming their lives. Even as the shop’s callous owner tries to keep them under her thumb, the staff members are given purpose and permission to dream by the enigmatic, zen-like chef and his belief in the possibility of the perfect sandwich. Clyde’s is scheduled to play at the Hayes Theatre beginning on November 3 ahead of an opening night on November 22.

BroadwayCon Announces Return to In-Person NYC Experience
BroadwayCon, the fan convention for all things Broadway, is returning to New York City for an in-person experience in 2022. After making the convention virtual in 2021, BroadwayCon 2022 will take place at the Manhattan Center & the New Yorker Hotel February 18-20. Co-founded by Broadway’s Anthony Rapp, BroadwayCon launched in 2016 and has hosted dozens of panels, show spotlights, meet and greets and more. This year’s lineup includes Rapp, Andrew Barth Feldman, Carolee Carmello, Fredi Walker-Browne, Judy Kuhn, Lesli Margherita, Nik Walker and more. Additional guests will be announced at a later date.

Ian McKellen on Stage Announces North American Streaming Premiere
TBD Pictures will release the North American streaming premiere of Ian McKellen on Stage, the solo show featuring Sir Ian McKellen performing characters from his illustrious career. Directed by Sean Mathias, Ian McKellen on Stage was conceived by McKellen in honor of his eightieth birthday and has played in over 80 theaters in the U.K. This streaming presention, which was was filmed by National Theatre Live during its run on the West End at the Harold Pinter Theatre, is now being released to benefit community, amateur, educational and regional theaters affected by the COVID-19 crisis. Tickets are now available for the production, which will be available from September 17 through October 3.

Robert Falls to Step Down as Artistic Director of Chicago’s Goodman Theatre
Robert Falls, the artistic director of Chicago’s Goodman Theatre, has announced his intent to step down from the position at the conclusion of the current 2021-2022 season. “For more than three decades, I’ve had the honor, privilege and pleasure of service as artistic director of Goodman Theatre,” he said. “After what has been a thrilling and rewarding journey, I feel it’s time for us both to move on to new adventures. For me, a new chapter of professional opportunities awaits—including creative projects I’ve previously been unable to accept. I love this theater with all my heart; it’s been an artistic home, and it will be a bittersweet departure.” Falls will program the following 2022-2023 season, where he will direct two productions to be announced in early 2022. Over the coming months, the Goodman will conduct a wide-ranging search for its next artistic director.