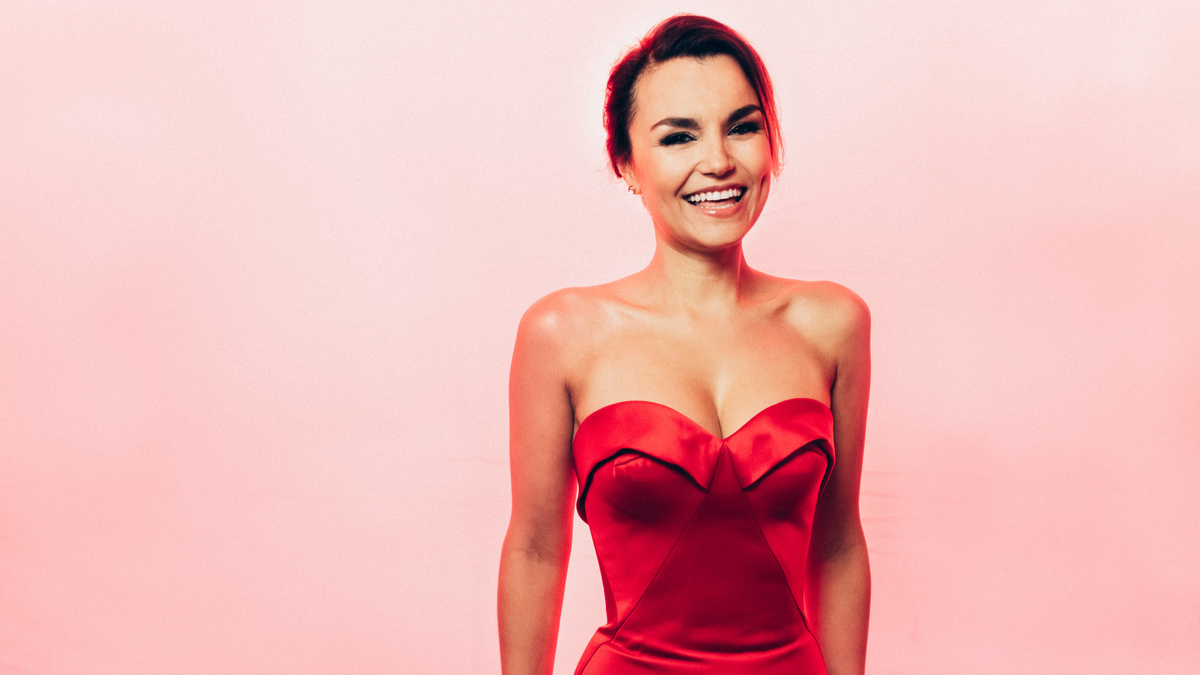 Samantha Barks Announces Album
Samantha Barks, who is starring in the London production of Frozen as Elsa, just released a song from another popular musical. The Broadway alum and Les Miz movie star offers a gorgeous rendition of Lucy Moss and Toby Marlow’s “Heart of Stone” from Six. The song is featured on her album Into the Unknown, which is scheduled to drop on November 12. Listen below!

Tony Winner Alex Sharp & More Cast in The 3-Body Problem
Based on the award-winning Chinese book series of the same name and created by Game of Thrones‘ David Benioff and D.B. Weiss, the new Netflix series The 3-Body Problem has found its cast. The story chronicles humanity’s first contact with an alien civilization. Variety reports that Alex Sharp, who was last seen on Broadway in his Tony-winning debut in The Curious Incident of the Dog in the Night-Time, has boarded the series. The cast will also include Jovan Adepo, John Bradley, Tsai Chin, Liam Cunningham, Eiza González, Jess Hong, Marlo Kelly, Sea Shimooka, Zine Tseng, Saamer Usmani and Benedict Wong.

Sam Rockwell & More Attached to Untitled Martin McDonagh Script
Oscar winner and four-time Tony-nominated playwright Martin McDonagh has some heavy hitters attached to his new untitled script for a film that he is aiming to also direct. Deadline reports that American Buffalo-bound star Sam Rockwell, Oscar Isaac and Christopher Walken have been tapped for the project. Rockwell and Walken co-starred in McDonagh’s A Behanding in Spokane on Broadway in 2010.

Camille Saviola Dies at 71
Camille Saviola, who appeared on Broadway in both Nine and Chicago and was known for playing Bajoran religious leader Kai Opaka in Star Trek: Deep Space Nine, has died at the age of 71. Born in the Bronx on July 16, 1950, she went on to get her start as a singer in the rock band the Margo Lewis Explosion. Her many screen credits included The Purple Rose Of Cairo, Shadows and Fog, Betsy’s Wedding, Last Exit To Brooklyn, First Monday, Judging Amy, Entourage, Younger and more.