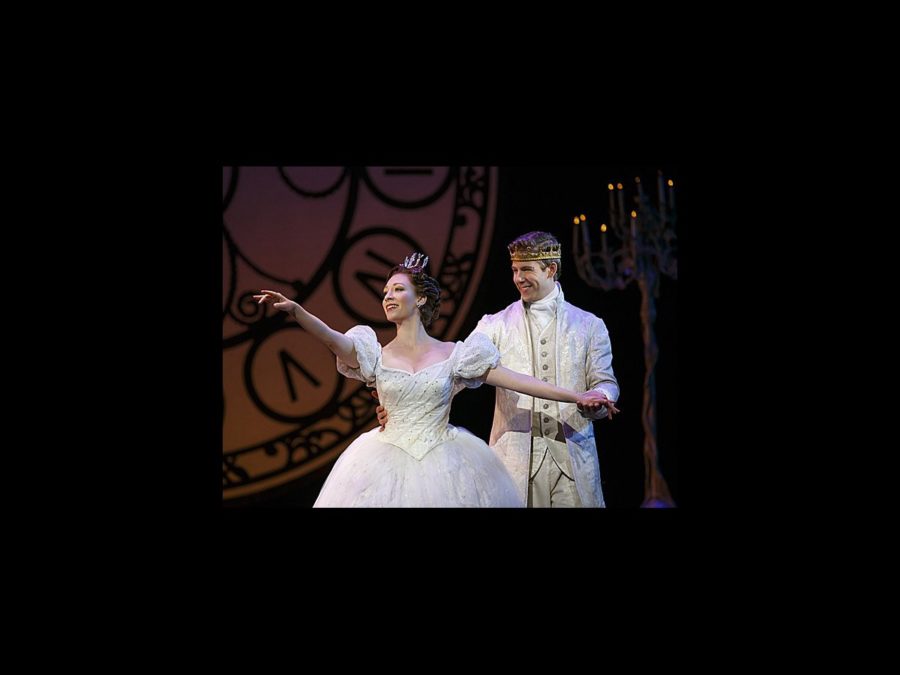 Tell Us Everything! Cinderella‘s Andy Huntington Jones Lets You Sneak a Peek at His Road Diary

When we think about our favorite performers, so many burning questions come to mind. What do they like to do for fun? Where do they like to shop? Who are their favorite artists? What food do they love? Would we be BFFs? You think about all of these things, too, right?! Of course you do! So, we decided we wanted some answers and, luckily, those performers were more than happy to indulge us by sharing their road diaries. Andy Huntington Jones plays Prince Topher in the touring production of Rodgers + Hammerstein's Cinderella, and he told us that he loves Wicked, lets Harry Potter keep him company and has a popcorn addiction. Find out what else makes Jones tick below!

If I had to describe Cinderella in one word, it would be…
Romanticallyinspirationalmagic. Is that cheating?

What do you admire most about your character?
Prince Topher wants, above all else, to do what's right, even when he is unsure of how to do it. He fights through his self-doubt and makes the world better. Topher is an inspiration to me and my fellow nerds.

The thing I miss most about home is…
Living in the energetic possibility of New York City.

What’s the piece of advice you’d give to young performers?
From one young performer to another: keep at it until they say, "Yes." And keep going to class! We are never finished learning! I broke the rules; that was more than one.

What’s the one thing that has to come with you when you’re on the road?
I usually couldn't go without my computer so I could Skype with my wife, but since she's in the show and we're on the road together, I'll say that the Harry Potter series is high on the list.

What was the show that that hooked you on theater and performing?
Oliver! hooked me as a kid, but it was the original cast of Wicked that made me want to "run away and join the circus," so to speak.

What’s your pre-show process like? Is there something you have to do before you hit the stage?
I try to go to the gym and move around before a show. I need to be warm before I jump onstage in 25 pounds of armor (beautifully designed by William Ivey Long). 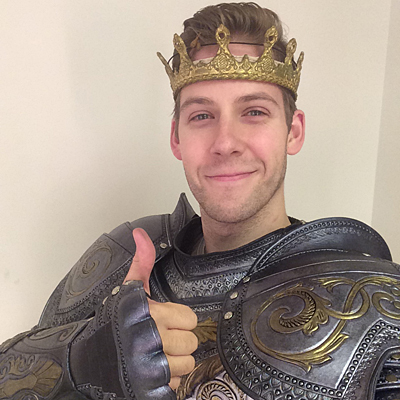 What’s the coolest thing you’ve bought for yourself while on the road?
I bought a shirt today that I didn't realize was on sale until I payed. It's the little things.

What’s a musical you love so much that you belt songs from it in the shower?
I have taken up rapping Hamilton both in and out of the shower.

What cartoon character is your spirit animal?
Quailman.

You have a day off—how do you treat yo’ self?
I love going to the movies and eating all the popcorn before the trivia slides are done.