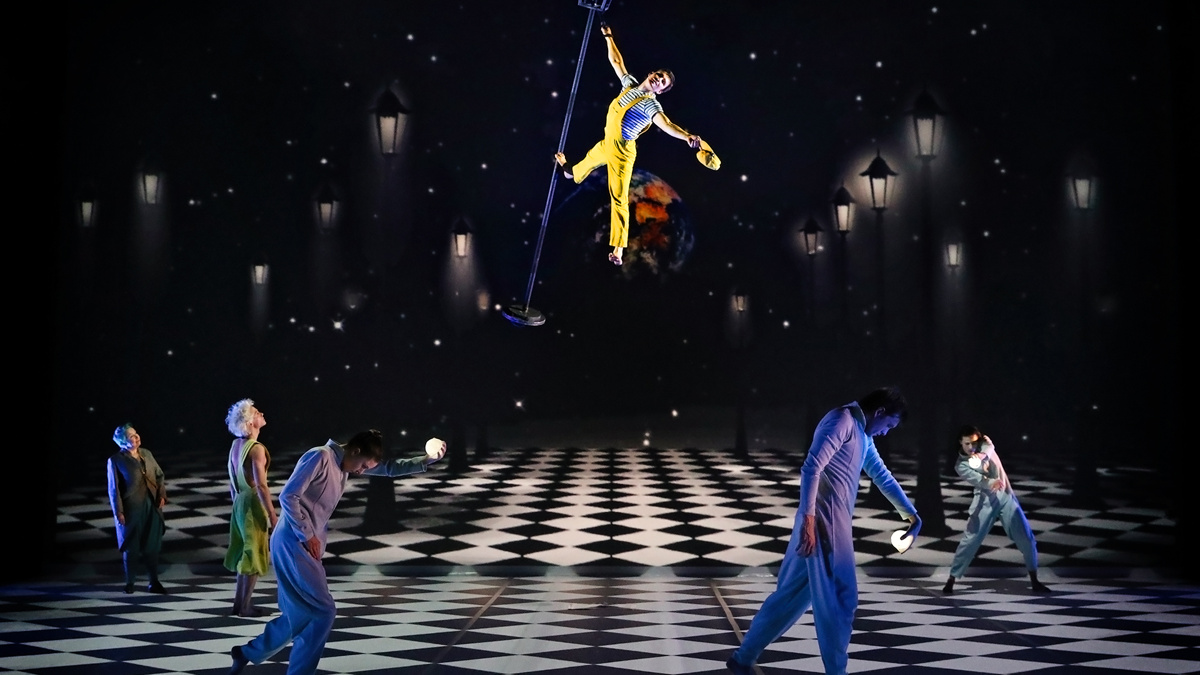 The Little Prince, the high-flying show based on the 1942 book by Antoine de Saint-Exupéry, begins its Broadway run on March 29. The production, which features dance, aerial acrobatics and video mapping technology, will open at the Broadway Theatre on April 11. Anne Tournié directs and choreographs The Little Prince, which first bowed in Paris and recently ended its run at the Sydney Coliseum Theatre in Australia.

The Little Prince tells the story of a young prince who visits various planets in space, including Earth, and addresses themes of loneliness, friendship, love and loss.

The cast features Lionel Zalachas as The Little Prince, Aurélien Bednarek as The Aviator, Chris Mouron as The Narrator, Laurisse Sulty as The Rose, Adrien Picaut as The Businessman, Antony Cesar as The Vain Man/The Aviator Tribute, Marie Menuge as The Drunkard, Marcin Janiak as The Lamplighter, Srilata Ray as The Snake, Dylan Barone as The Fox, Joän Bertrand as The King, William John Banks as The Switchman. The ensemble is completed by Christian Denice, George Sanders, Iris Beaumier, Pawel Walczewski and Madison Ward.