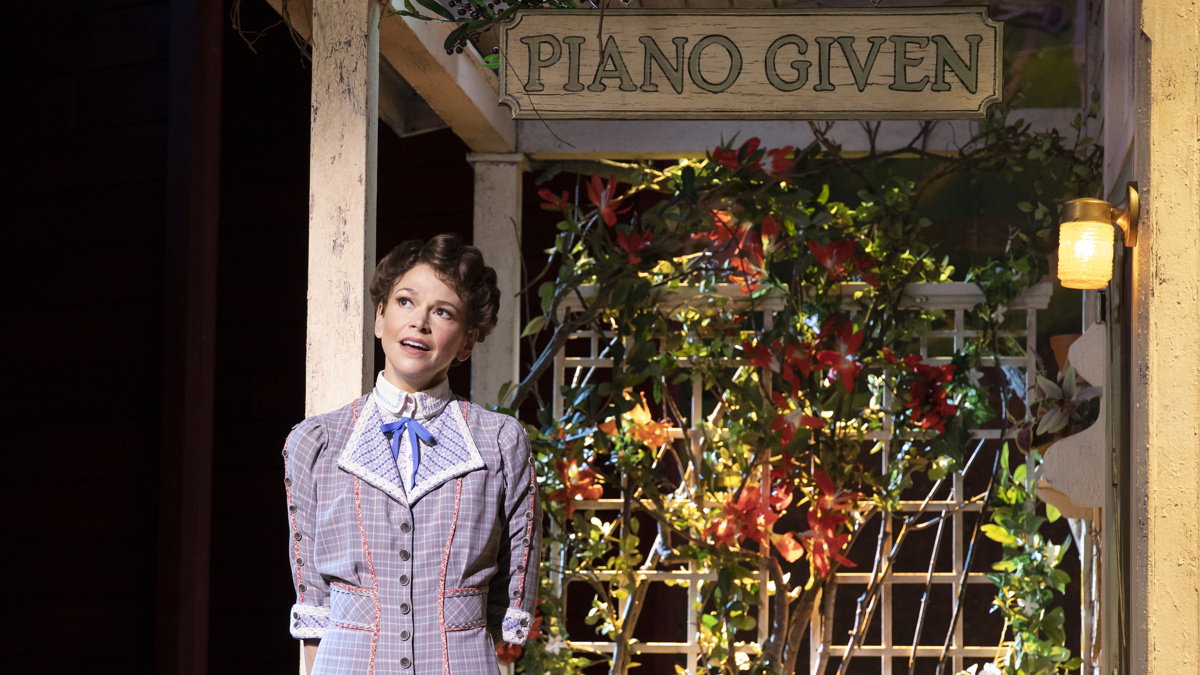 The Music Man marks a number of milestones for two-time Tony winner Sutton Foster. In addition to a 2022 Tony nomination—the seventh nod of her career—for her performance as no-nonsense librarian Marian Paroo, she won the Distinguished Performance Award, an honor that can only be won once during the career of an actor. She joins the ranks of past winners like her co-star Hugh Jackman and her idol Patti LuPone. “It really means a lot,” Foster said. “Taking on this role that I was really intimidated and scared about—it feels particularly special to be recognized.”

The revival of Meredith Willson’s classic is also Foster’s first Broadway bow since 2014, when she played the title role in Violet. This season marks 20 years since she won her first Tony Award for Thoroughly Modern Millie. Foster sat down with Broadway.com Editor-in-Chief Paul Wontorek at New York City’s historic Morgan Library and Museum to look back on her career and talk about making Marian her own.

Since she last performed on Broadway, Foster has starred on TV’sYounger, published a memoir called Hooked: How Crafting Saved My Life and became a mom to daughter Emily.

“I felt like, ‘Oh, I’m supposed to be this. I’m supposed to fit into this mold,'” Foster said about taking on the role of Marian in The Music Man. “Then oddly, with playing Reno Sweeney [in Anything Goes] again in London, I was walking to the theater and I was like, ‘Well, why can’t the end of ‘My White Knight’ be big?’ The minute I let go of trying to be something else and just tried to find my way in, then it just unfolded. It’s one of my proudest characters I’ve ever found.”

Foster stars alongside superstar Jackman’s Harold Hill. Prior to The Music Man, she and Jackman briefly met while she participated in workshops for The Greatest Showman. Her daughter now refers to her fellow Music Man headliner as Uncle Hugh. “He’s so incredibly generous to everyone around him,” she said of her co-star. “The greatest thing that’s happened out of this whole experience is that I have a new friend—who happens to be Hugh Jackman.”

“Audiences have been incredible and so responsive and uproarious and joyful,” Foster said of her stage return. “I think I have a greater sense of gratitude and appreciation now, especially because it was gone. So, I think with theater nonexistent, you come back to it, and there’s not a day that I don’t walk into the theater without being like, ‘We’re on Broadway! We get to do what we love!’ There’s a greater appreciation of every single step.”