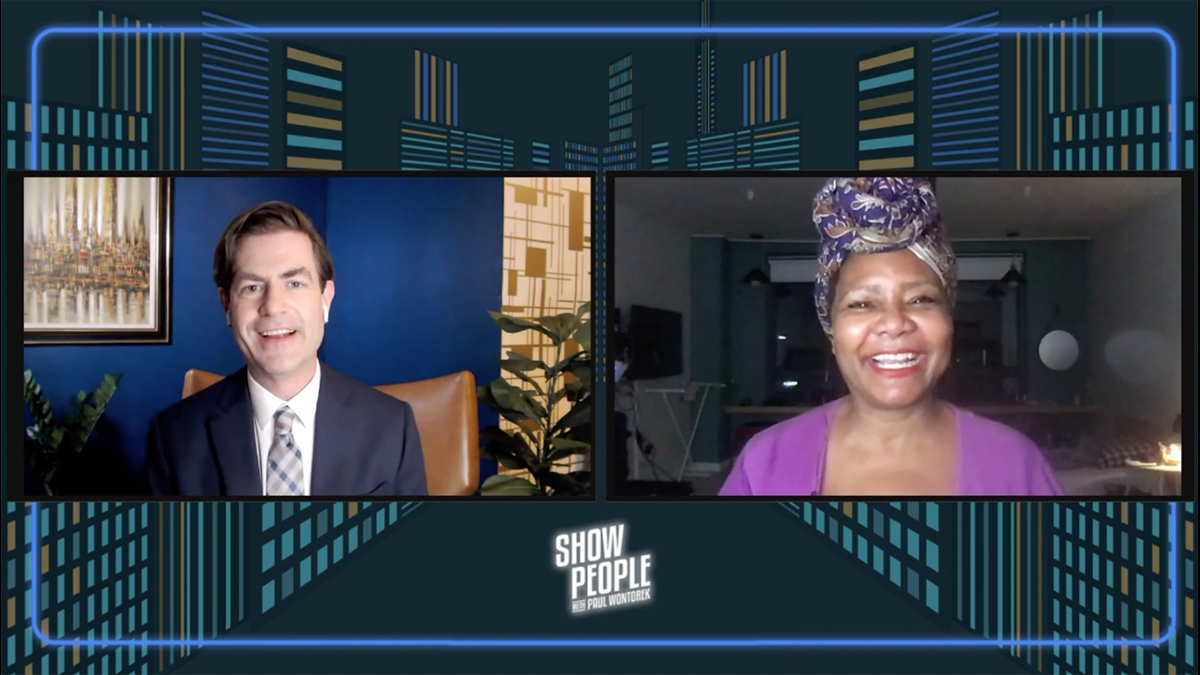 The latest episode of Show People, available now on Broadway.com, features Editor-in-Chief Paul Wontorek chatting with Tony winner Tonya Pinkins. Pinkins has always been creative—she started writing a novel in first grade. Her Broadway resume is full of forward-thinking shows like Merrily We Roll Along, Jelly’s Last Jam, The Wild Party, Caroline, or Change, Radio Golf and more. It showcases her commitment to growing as an artist. “As a Gemini, I get bored too easily,” she said. “I don’t want to repeat what I did before.”

Pinkins has spent much of 2020 in South Korea, putting the finishing touches on Red Pill, a horror film in which she stars and also wrote, directed and produced. “I like humor in my horror,” she said. “I’m laughing through the whole movie, but I think for some people, it’ll be terrifying, which is how people felt about Get Out. I said to my producers, ‘We want people to both love it and hate it.’ That’s the best. If they don’t care, that’s not good.”

Pinkins even sees theater being put on pause as a creative opportunity. “I think we are birthing something we cannot imagine. The artists in the theater are always the soul and the mirror of a culture, so until we get the theater back, we are missing that voice,” she said. “I’m excited to see what comes out—and I don’t want to limit it.”