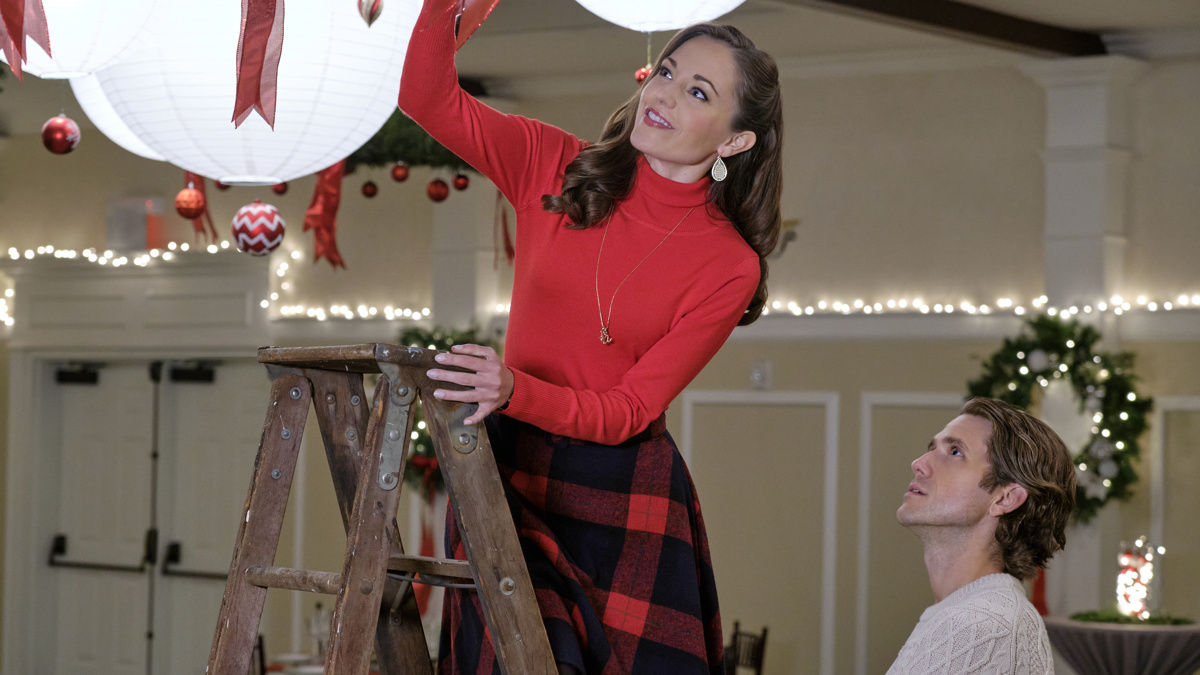 It’s officially fall, which means holiday season is just around the corner, and we’re feeling extra thankful for this upcoming Christmas movie. One Royal Holiday, starring Broadway favorites Laura Osnes, Aaron Tveit, Victoria Clark, and Krystal Joy Brown, is set to air on the Hallmark Channel on Saturday, October 31 at 8:00PM ET. Here’s the story: When Anna (Osnes) offers a stranded mother (Clark) and son (Tveit) shelter in a blizzard, she learns that they are the Royal Family of Galwick. Check out the video below to get a sneak peek of this joyful pairing. Yes, Osnes and Tveit sing!